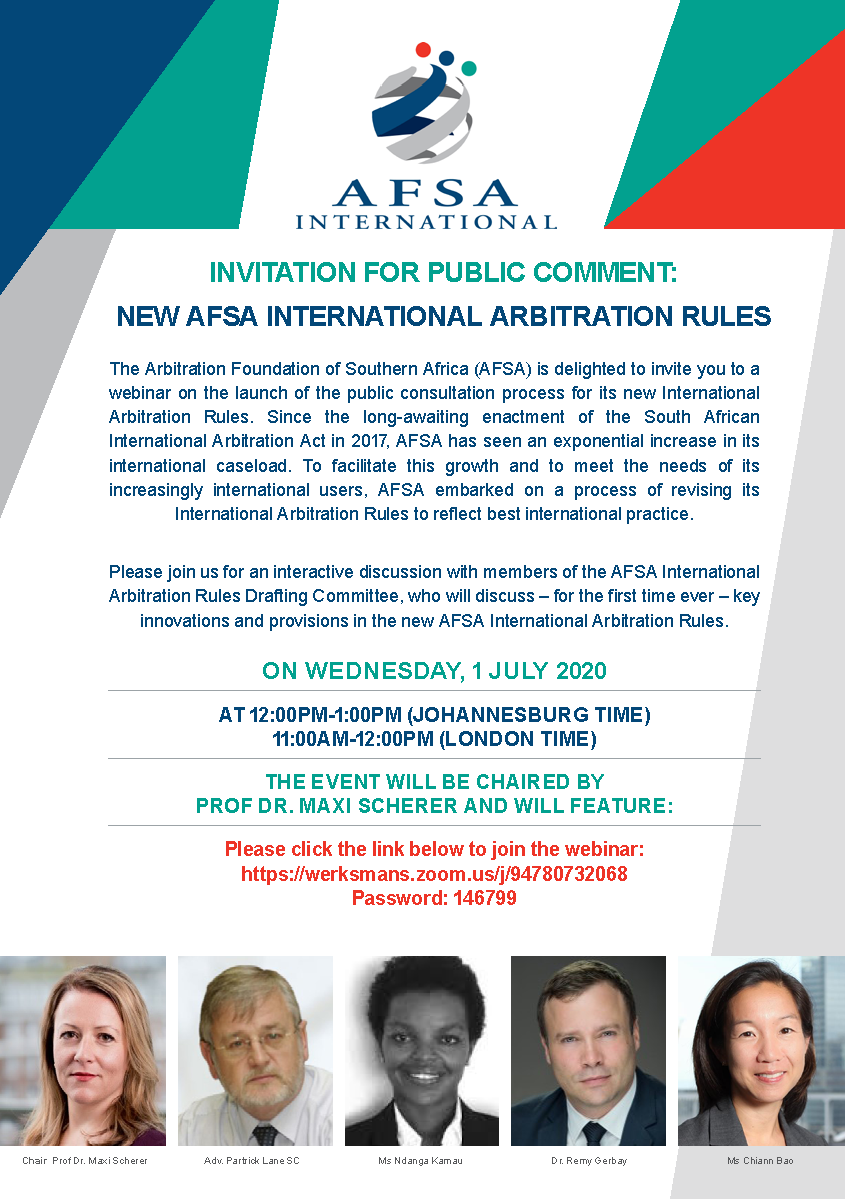 The main theme of this edition is the New York Convention – 60 years later, an assessment by a Panel of AFSA Graduates speaking from their different vantage points. 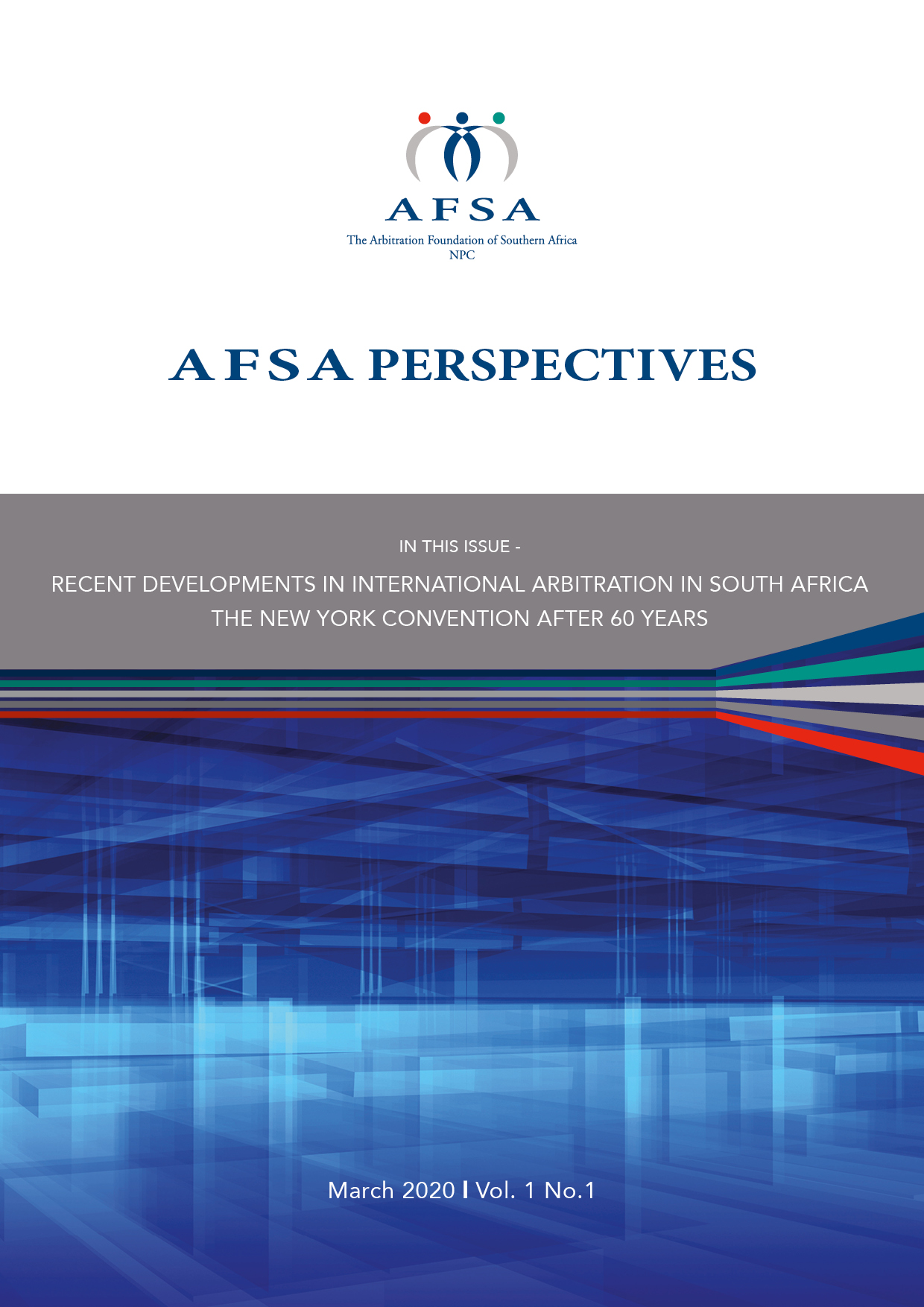 Professor Dr. Maxi Scherer, Chairperson of the Drafting Committee and Advisory Board, is confident that "the New International Arbitration Rules will provide additional certainty and clarity to businesses trading across borders on the African continent and beyond and continue to make AFSA a highly attractive choice for parties in international arbitration proceedings."

This follows an approach by a number of legal practitioners from the Eastern Cape who saw the need to establish an AFSA branch in this region. A committee was established comprising legal practitioners who practice in Mthatha, East London and
Johannesburg. The committee members, now the founding members of the AFSA Eastern Cape branch, include: Adv V Notshe SC, Adv MM Matyumza, Adv V Msiwa, Adv E M Matanda, Adv B Metu, Adv SX Mapoma, Adv G Badela, Adv Z Ndesi Gilikidla and practising attorneys Ms VS Mncedane, Mr T A Nkele, and Mr V Nosindwa.
The AFSA Eastern Cape branch will offer services to the whole of the Eastern Cape Province. The founding members are of the view that historically, the Eastern Cape has produced strong and competent lawyers, while a number of judges in the various courts of the country are products of Eastern Cape universities and practiced in the Eastern Cape before elevation to the bench. Future arbitrators and mediators who have successfully completed AFSA’s Advanced Training Course, offered under the aegis of the University of Pretoria, will be excellent arbitrators.

According to Advocate Mapoma SC “the establishment of the branch augers well for the future. With the assistance of AFSA, systems will be put in place, training will be provided, and a panel  of arbitrators will be established.”