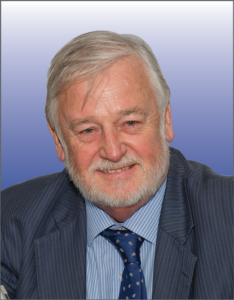 The AFSA Court: A New Dimension in Arbitrations Administered by AFSA

For the first time in South Africa, although common internationally, the Rules introduce the AFSA Court. It is made up of twenty leading practitioners in commercial arbitration and is the final authority for the proper application of the Rules.

The Court is governed by its constitution and the Rules which provide, generally, for its composition, its powers, and its functions. The Constitution makes provision for the appointment of a Secretary General which performs the functions of the Secretariat in terms of the Rules and who is responsible for the day-to-day administration of the referrals.

The Court does not in the conventional sense give judgements. It is the final authority for the proper application of the Rules as the appointing or confirming authority and for deciding any arbitral challenges. Article 2 of the Rules precludes the Court from itself deciding the merits of a dispute and, as distinct from the ICC Court, the Court does not vet the awards which are and remain the domain of the Tribunal. The function of the Court is to supervise the administration of the resolution of disputes assisted by the Secretariat to whom all communications to the Court must be addressed. The decisions of the Court are confidential.

The exercise of the Court’s control over the appointment or confirmation of arbitrators permeates the Rules. Expedited and emergency arbitrations have been introduced in terms of Articles 11 and 12 in which the Court plays a key role in acceding to or refusing the requests and appointing the arbitrators. It controls the replacement of arbitrators in terms of Article 14 and may decide, in exceptional circumstances, when it considers it appropriate, that the remaining arbitrators, if any, may continue with the arbitration.

Joinder and intervention of parties to an arbitration and consolidation of arbitrations are solely regulated by the Court before the appointment of the Tribunal.

The function of the Court assures the parties referring their dispute to AFSA that there is absolute independence and neutrality in the process of establishing the Tribunal and dealing with challenges. It introduces a new and necessary dimension to the administration of international arbitration in Southern Africa.